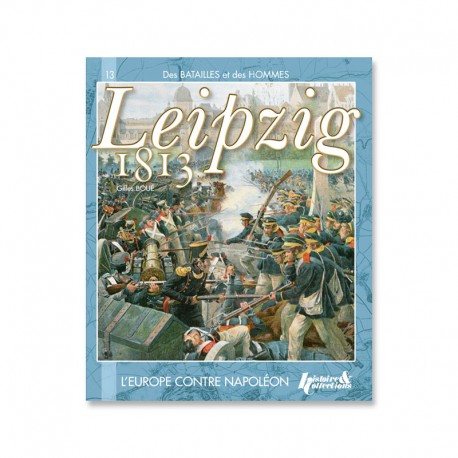 Around Leipzig between 14-19 October 1813, 500,000 men would battle on what remains the greatest battlefi eld of the Napoleonic wars. Napoleon would fight to keep his grip on Germany and beyond his empire. The Russians, the crowned winners of the unthinkable victory of their 1812 winter campaign, the Prussians, and their vehemence against France, the Austrians, wanting to erase fi fteen years of defeats, all unite against the last Grand Army.
Napoleon succeeded at the feat of rebuilding a credible army on the ruins of 1812; the young recruits would march to the canon surrounded by survivors of the Berezina or the remote sierras of Spain.
The spring campaign has cast doubt on the coalition, however, the battles lost by the allies did not defi ne their defeat. From the depths of Russia, Prussia, and Central Europe, ran hundreds of thousands of troops in the plains of Saxony.
And it is here, on the several dozen square miles of battlefield that the fate of the First Empire will be played out.