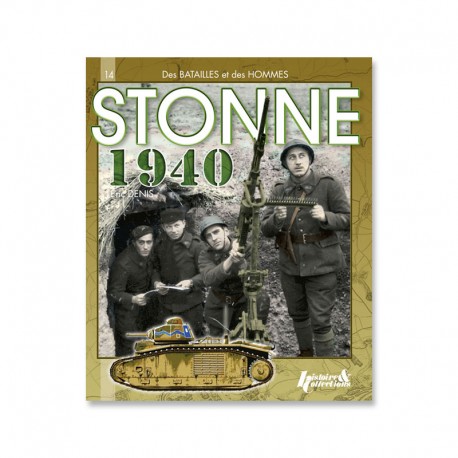 On May 1940, the Panzers crossed the Meuse river. Guderian had the choice to go south and attack the rears of the Maginot line or to head west in order to encircle the French troops holding the Meuse line.
The town of Stonne and the woody hills of Mont-Dieu were the single area where it was possible to try to stop the German advance. To attack the Germans, the French urged elements from the 3rd DIM, from the 3rd DCR and the 4th BCC, to face elements of the 10.PzDivision and of the Grossdeutschland infantry Regiment.
Stonne saw very hard fightings, the town itself switched side 17 times in 3 days. Some German officers mentionned Stonne among the battles they will never forget. Most of the Grossdeutschland infantry regiment of the 1940 western campaign were lost in Stonne.
The town was totally occupied only on May 25, French pockets were still resisting to the ennemy.The French infantry lost many men too : one of the 51e RI company fi nished the battle with only 5 sergeants and 30 soldiers. The battle of Stonne has been called by the Germans the «Verdun of 1940»