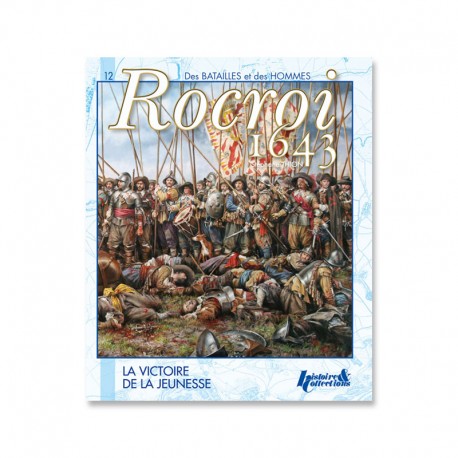 Fought on 19 May 1643 between the French army of the Duc d’Enghien and the Spanich army under Francisco de Melo, Rocroi is probably one of the most controversial battles in the long period of conflict between the kingdoms of France and Spain. The numerous sources, be they official accounts, memoirs, or correspondence, most often contradict each other.
The principal controversy of this battle, far from being anecdotal, concerns the French right flank, placed under the direct command of Louis II de Bourbon, the Duc d’Enghien. The version generally accepted by historians of French sources affirms that the cavalry of Gassion overthrew and quickly pushed back the first Spanish companies, eventually defeating them. However, Spanish sources, defended by historians beyond the Pyrenees, contend that the cavalry of the Duc d’Albuquerque, opposing that of Gassion and Enghien, broke through the squadrons and two infantry regiments of the French advanced guard on two occasions! Thus, there exist today two battles of Rocroi: the one found in Spanish works and the one found in numerous French works.
Reconstructing a global vision of the battle remains a delicate undertaking. For this reason and to avoid any dubious interpretation, it seemed necessary to Stephane Thion to include numerous quotations to illustrate the unfolding of this battle.
A great study with splendid military paintings and pictures.