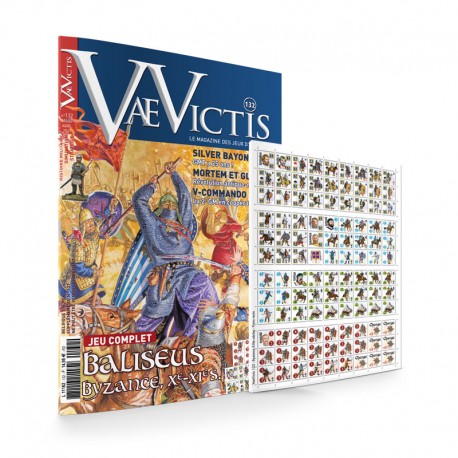 970 Arcadiopolis
After the invasion of the Byzantine empire by the Rus' and their allies, General Bardas Skleros sets an ambush for them and decimates the Pecheneg avant-guard. This action incites the rest of the Rus' army to retrace their steps and return to their new Bulgarian territories.

971 Dorostolon (3 scenarios)
Emperor John Tzimiskes decides to stamp out the Rus' threat. One after another, he seizes all the Bulgarian towns that his enemies had conquered before besieging Dorostolon where Sviatold and his forces have taken refuge. Several pitched battles ensue as well as some significant sorties. At the end, Sviatold must submit, unable to break the Byzantine efforts.

1122 Beroia
The last Pecheneg hoards have been expelled from Russia and invade the north of the Byzantine empire. John II Komnenos wins them over with promises and gifts before attacking them by surprise. Since he is unsuccessful in breaking their circle of chariots, he intervenes himself with his Varangian guard and provokes a total rout of the nomads.

Basileus (Balkans) is the 5th module in the game system “A la Charge!”. It introduces a new type of terrain, hedges; some special characteristics, including Unseizable; and particularly formidable units, the Byzantine cataphracts.