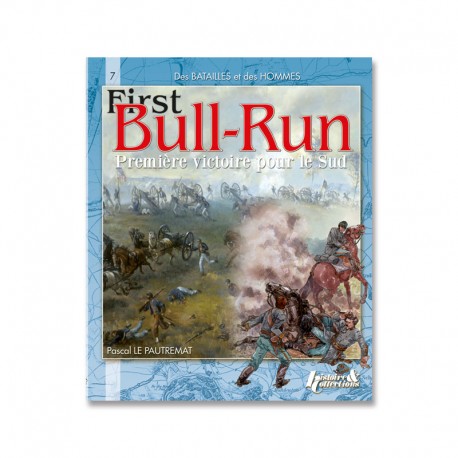 The Battle of Bull Run took place in July 1861 and although when all was said and done, its impact was
relatively limited, it did have a far-reaching effect on the American Civil War itself. Its psychological impact on the combatants was indeed unquestionable, for the North in particular, and made everyone conscious of the reality of war and the challenges that had to be faced. The first Battle of Manassas was special because it was the first large-scale engagement in which troops were brought to the battle area by train, which in fact enabled the Confederates to win this battle.