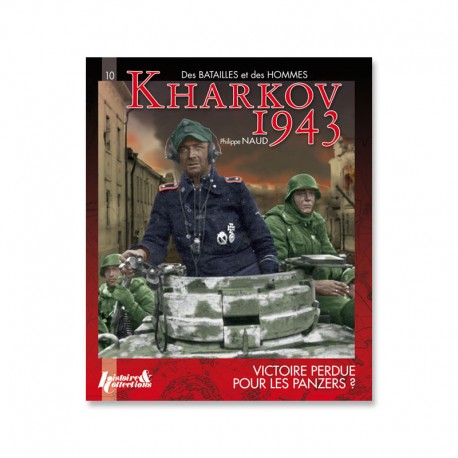 Between February and March 1943 Ukraine’s second town, Kharkov, was the scene of a fi erce struggle between the Red Army and Axis troops. Feeling optimistic after the Stalingrad triumph, Stalin thought that his adversaries were in full flight. But Feldmarschall von Manstein kept a cool head. Thanks to the SS-Panzerkorps which had just been created, he planned a counteroffensive. In mid-February the SS army corps managed to extricate itself from Kharkov with great difficulty and a few days later launched the great counterattack. In three weeks the Red army found itself in full retreat and with great diffi culty managed to get out of the grips of the enemy who demonstrated its great mastery of the war of movement.
The SS recaptured Kharkov a month after losing it but by doing so probably deprived von Manstein of an even greater victory. The situation stabilised with the thaw leaving both adversaries completely exhausted. Although the situation had changed in favour of the Allies, the Eastern Front now included new protagonists – the Waffen-SS armoured units on whom Hitler was counting to work some miracles and defeat his mortal enemy.