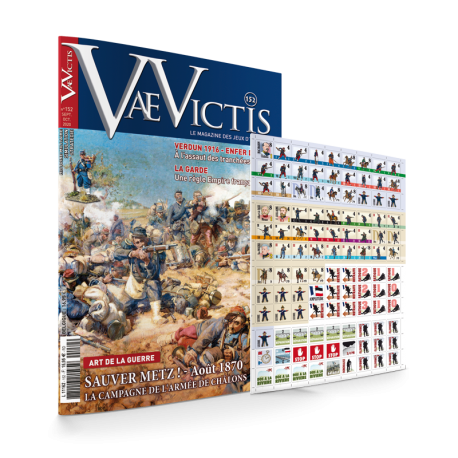 End of August 1870. Bazaine and the principal French army have shut themselves up in Metz for a week. The marshal had time to send a message indicating his desire to attempt an exit if a rescue army arrived. But since then, there has been no news. To break the encirclement, Mac Mahon, at the head of the army of Châlons, receives the formal order from the government to rush at Metz to liberate its brothers in arms. The army of Châlons, composed of disparate elements (troops from Africa stand alongside the mobile guards of the Seine), must remain grouped and must move quickly to avoid being taken at the flank by the German troops. The Germans, commanded by Moltke himself, still believe the French to be at Paris, covering the capital. But the city of light is not his objective for the moment. His goal: the destruction of the French regular armed forces in a decisive battle.
Through this game, the evolution of the marshals of the 2nd Empire, will you be able, like Mac Mahon, to cross the Meuse in time and go to the rescue of Bazaine’s army ? Like Moltke, will you manage to catch the French off guard and definitively vanquish the only enemy regular army still in movement?
A game by Arnold Giraud-Moser